Well I am just now getting around to posting this but I guess it's better late than never!

On March 13th we celebrated Dan's 30th birthday. He wanted a basketball party will all of his friends and we also included his very first pinata! He had a great turn out and said that it was the best birthday that he has had in a long time! After the basketball game he and a few friends came to our house and played x-box until 4am! The kids and I went to my mom's and stayed the night so he could be alone with his friends. It was great to see Dan act like a kid again and really enjoy himself.
Dan's cake...german chocolate! 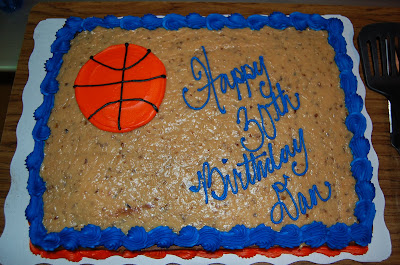 Dan and his friends 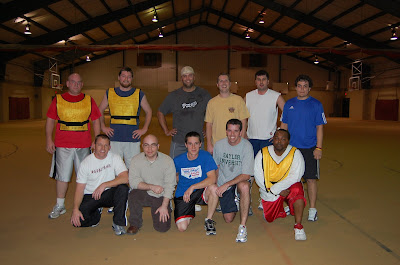 The birthday boy and I! 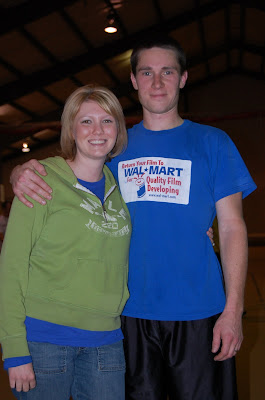 The plastic bat didn't do much...we had several of the guys try it and it just would bust! 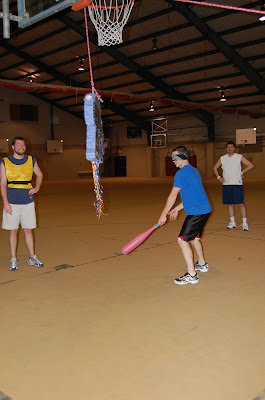 Dan finally got it busted without his bandana on 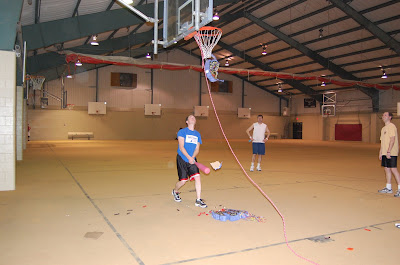 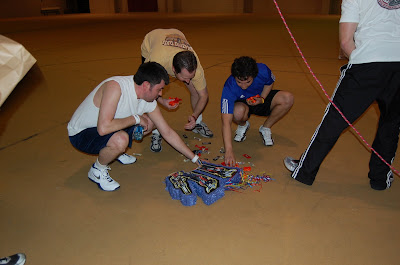 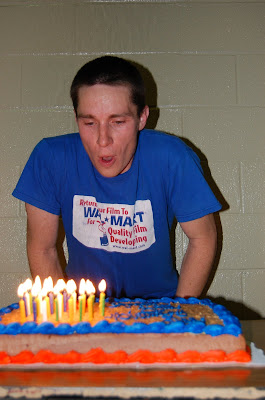 And here are the kids when we were at my mom's house. They played their frist game of connect four together...well...kinda! 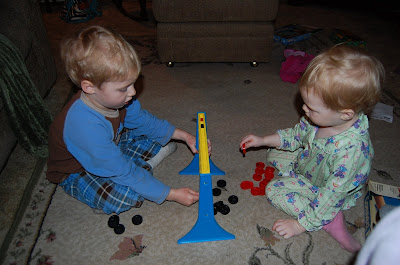