First Day of Kindgergarten and Tornadoes!! 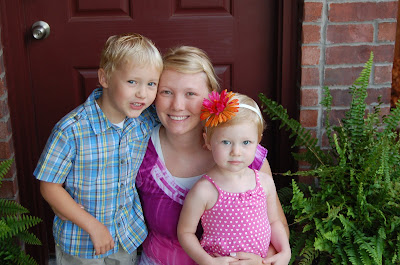 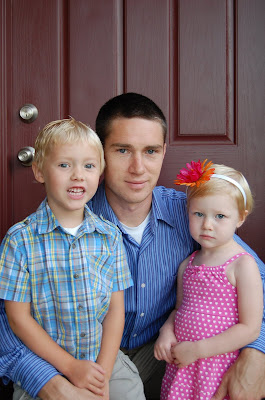 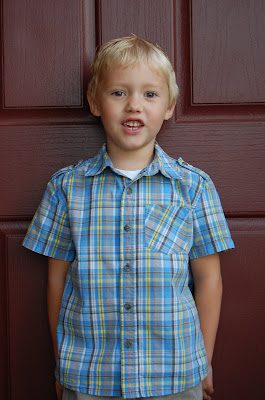 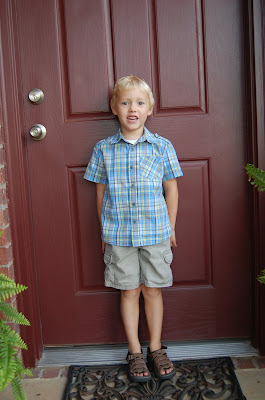 Yesterday marked the first day of public school for Caleb. I got up at 6:00, read my bible, got myself dressed and made Caleb's lunch all before I got the kids up. I got Caleb up first. He had cereal and homemade banana bread for breakfast. Then I got Ariel up and got her fed. While they were eating we read the bible together and I talked to Caleb about dropping him off at school and picking him up and what to expect for his first day. Then I got the kids dressed. We took a few pictures and then we were out the door!
Dan, Ariel and I walked Caleb in to his classroom right at 7:45. He put his backpack and lunch bag in his cubbie and went straight to his seat. We gave him kisses and hugs and then sent him on his way! No tears from any of us!
When I picked him up from school all he could talk about was a girl named Claire that he met and the playground...it apparently has the tallest slide that he has ever seen! And he said he wanted to go back today...so that is a good thing!
Last night we were awaken by a tornado warning. It was at 3:45am. Dan had stayed up late working on a project for the city and didn't make it to bed until 3:00. So he was kinda out of it when I woke him up. I wasn't aware that we were under a tornado warning until I checked the weather on weather.com and then I kinda panicked and took everything out of the utility room and threw some blankets and pillows on the floor in there and got the flash light and cell phone. Dan helped me get the kids downstairs and I made a pallet in the floor for the kids to lay on. The sirens never went off but I was glad that I woke up and checked the weather! We stayed downstairs for about 20 minutes and then we all went back to bed. I slept with Ariel for a while until I was sure the worst of it was over. It was a little tough getting up this morning that is for sure!

Hi there! I am not sure if you remember me or not, but yall came by my house for a party for Kyle and Christie Huggins once before (and there were tornadoes=)).

I saw yall at school yesterday as we were dropping off Claire for her first day of Kindergarten as well. I was the pregnant hot mess =). I know there are a couple Claire's in their grade, but I laughed thinking he could be referring to my Claire. I will ask her about it, but she cannot remember names EVER!!! Your family is very sweet and I will start following your blog.