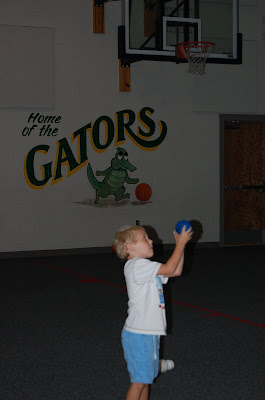 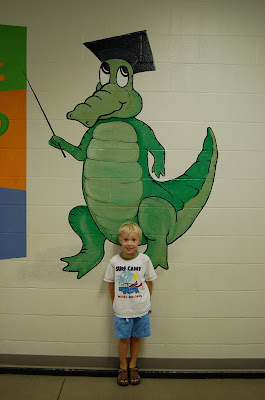 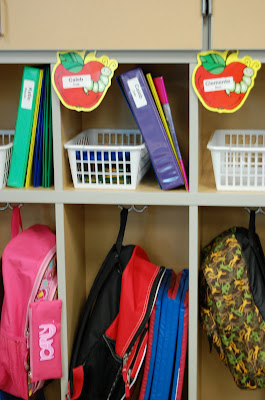 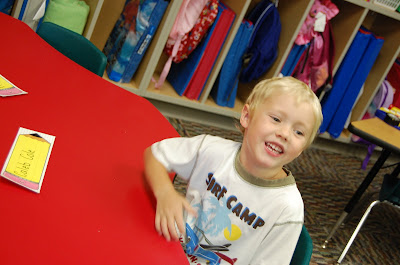 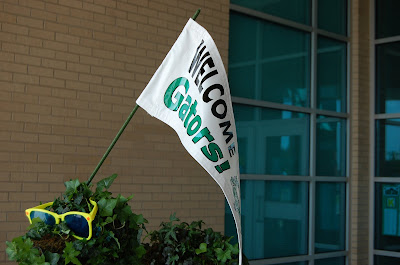 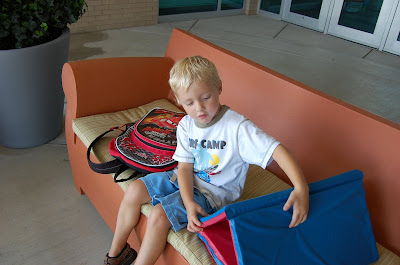 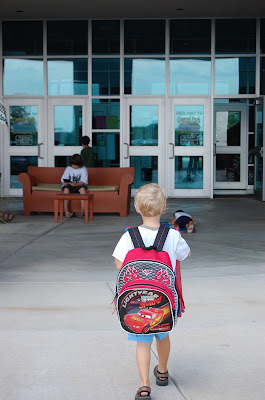 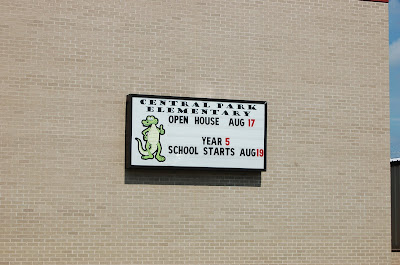 Today we had Caleb's open house at school. They recommended us not bringing other siblings so that the transtition could be a little easier on the kindergarteners, so Ariel went to a friends house today to play while we went to his open house. He will be starting on Wednesday and his teacher's name is Ms. Stamps. He kept asking questions to Dan and I while we were walking through the hallway on the way to his class today..."Are you going to stay with me? When will I leave? Will you be in the building?" I kept telling him "Today, Daddy and I would be staying in the building but on Wednesday you will be here in your classroom with your new friends and teachers, and mommy and daddy will be away for the day." I think after I said that he kinda understood that we were only going to be at school today for a very short period of time.

We took him to Ms. Stamps class. We found his name on the door entering into the classroom and then we went and found his "cubbie" for his backpack and nap pad. We dropped off all of his school supplies and then found his seat. There wasn't anyone else there that was at his table do to the fact that they set up open house on different time schedules so that it wouldn't be over crowded. So, I had to inform him that there would be other kids at his table but they wouldn't be there until Wednesday.

Dan and I had to go to the library there in the school for a parent orientation and he did good to stay in his class room and color while we were gone. Dan and I learned all about the morning drop off and pick up in the afternoon, lunch schedules and when nap times would be. After the orientation, Dan and I went and got Caleb from his classroom and we toured the school. He got to see the lunch room, the gym, the art, music and computer rooms and we also went upstairs to see the 3rd and 4th grade rooms. Oh, and his most favorite part of course was seeing the HUGE playground!

I think I feel a little better knowing the schedule now. I am going to try my best to not get emotional on Wednesday when I drop him off...but I won't make any promises!

I'll be praying for you! I know that will be hard, but he'll love it!