I realized a few days ago that I haven't posted anything about our family pet. On Caleb's birthday last year (June 18th) he received this sweet little turtle named Sandy Bowser (yes, that is his name!). It was given to him by Ainsley Bean and she had found it at her grandparents the previous week. He is the sweetest thing. He actually has a personality and will chase your finger if you move it along the glass of his tank. He has been with us for 8 months now and honestly I am shocked that he has stuck around so long. We have tried letting him have a friend but that didn't work out. Caleb found a frog in the back yard and decided to put it in Sandy's tank and the next morning all I saw were remains from the poor frog. Dan and I joked that Sandy got a Fillet Mignon for dinner! So here he is! 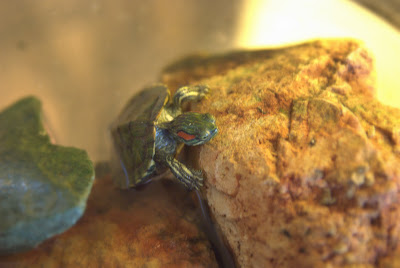 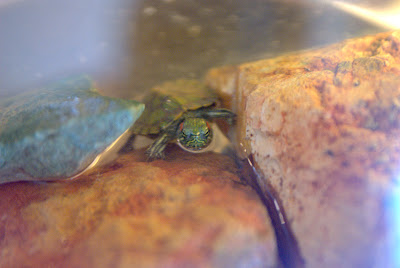