Ok so since the day that I found out that I was having my first child, I decided that I was going to make my own gender neutral crib bedding so that I could use it over again with the second child. It worked great for both kids but I SO wanted to get Ariel into some really girly crib duds ASAP but the money just wouldn't provide for that so I stuck with the same gender neutral bedding that I had with Caleb for her. My grandma wanted to make both kids some quilts for their beds and she gave those to me over Christmas. I had to switch the beds around and stuff in order make the quilts work (she made a twin size quilt for Caleb and he had a full size bed and vise versa for Ariel) but I have their bedrooms looking great now! I took the painted letters that I had in Ariel's room with the gender netral colors and painted over them and made new ones...they are SO girly!! I love them! She walked into her room after I had changed the beds around and got her new quilt on her bed and she just spun around and then smiled. I think she likes it too. Caleb was a little upset that his bed was being moved to Ariel's room but he got over it quickly when I told him that bed was only for when babies leave the crib and that he was a big boy now and not a baby!

This is what the bedding and the colors of their nursery looked like before and also the letters that were in her bedroom before. 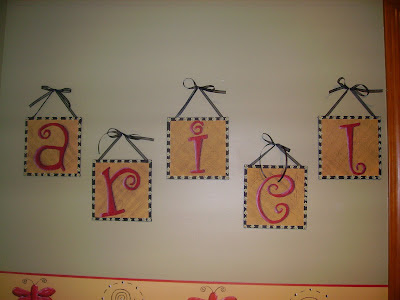 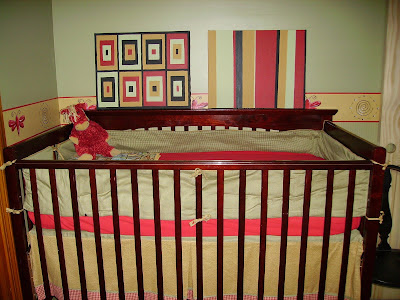 I am still lacking a few things in this picture for her room (the letters and a few other things on the walls) but I will post pics of those after I get it completed. 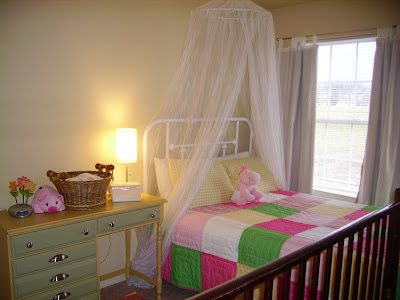 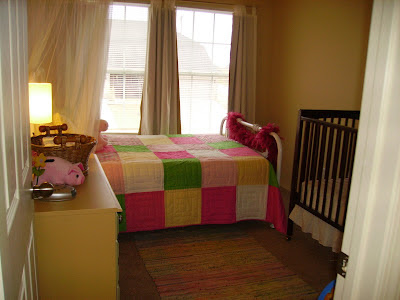 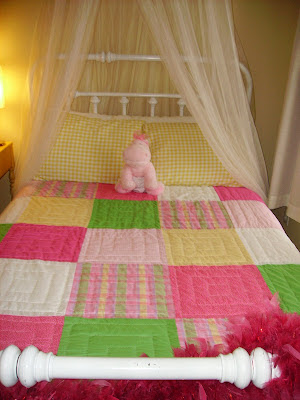 Caleb's room is pretty much done! 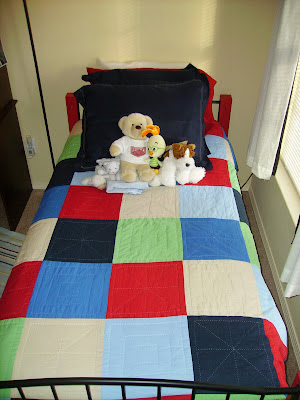 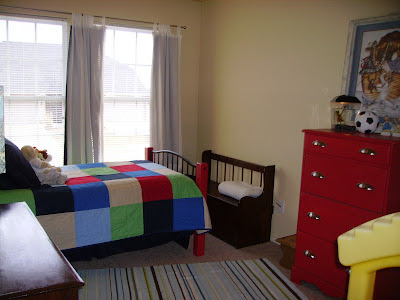 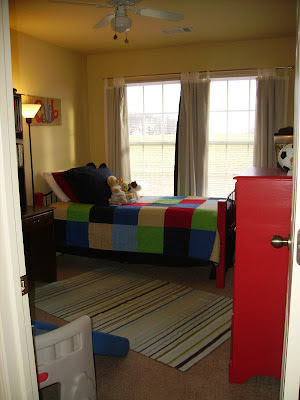